Six new masterpieces from the Uffizi Gallery and the Palatine Gallery of Palazzo Pitti have been added to the ultra-high definition Gigapixel digital collection. 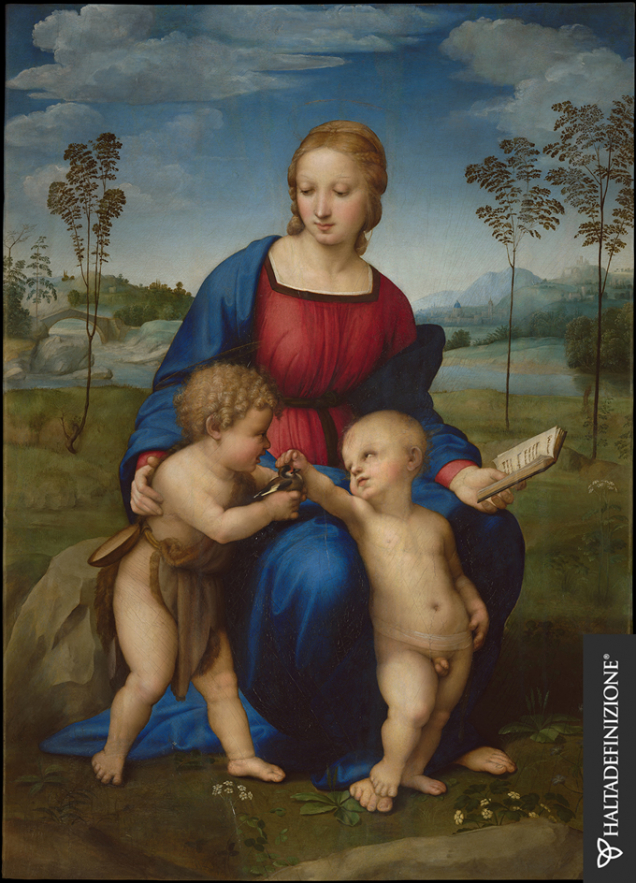 Six new masterpieces from the Uffizi Gallery and the Palatine Gallery of Palazzo Pitti have been added to the ultra-high definition Gigapixel digital collection. They join two other works of Raphael, the Fornarina and the Miracle of the Two Hanged Men, already in the digital collection.

These six were chosen from works that follow two recurring themes in Raphael’s production: elegant and sublime Madonnas, and portraits that have so much character that they contain not only the physical image of the subjects but also the emotions that the subject is feeling.  This gives the viewer a path through the history of the fine arts, to dive into details at the tip of the painter’s brush, such as a subject’s eyes and the symbols that speak by their mere presence.

Says Luca Ponzio, the founder of Haltadefinizione, “This year we celebrate the five hundreth anniversary of the death of Raphael by adding several of the artist’s paintings to our website, so that more people can enjoy viewing these extraordinary works. Haltadefinizione is founded on our belief in the value of digitalization in the arts. Ultra-high definition digital images can compliment the viewing of the original work and provide valuable assistance to all who study and love the arts, whether in school settings or among students and teachers interested in new ways to share the arts and deepen their understanding. Ultra-high definition digital images are fundamental for any museum that is looking toward the future.”

Here are some notes about these works:

The Madonna of the Goldfinch, in the Uffizi Gallery, could be seen as one of the finest works in the universal history of art. The gentle gestures and expressions express its simplicity. The Madonna is seen at top of a triangular composition, with the young John the Baptist and the Baby Jesus in front of her. They are holding and petting a goldfinch, which represents the Passion of Christ in Christian iconography. The goldfinch lives among thorns and eats thistles, and according to a traditional legend, one of them pulled the thorns out from around Christ’s head at the crucifixion, thus getting red marks on its head. In the distance there is a city with a great domed building, which may represent the cathedral of Florence, Santa Maria del Fiore.

The portraits of the married couple Elisabetta Gonzaga and Guidobaldo da Montefeltro are held in the Uffizi Gallery. The frontal portraits show them sitting still, and show their richly detailed hair and clothing styles of the period. The background shows the clear influence of Leonardo, the fruit of Raphael’s direct contact with Leonardo during his Florentine period. Elisabetta Gonzaga was one of the most accomplished and influential women of the Renaissance. One detail stands out in her portrait. The jewel on her forehead is a stone in the shape of a scorpion, which carries amorous conotations, in the shape of an S. The duchess is recorded as wearing this, during one of the dialogs in The Book of the Courtier by Baldassare Castiglione. It also refers to the zodiac sign of Scorpio, representing fertility and therefore a good omen for the duchess who was not able to bear children.

The Portrait of Perugino is thought to be from Raphael’s youth but there have been disputes over its attribution. In 1704 the inventory of the Uffizi Gallery identified it as a portrait of Martin Luther, and only after a comparison of this painting to a self-portrait of Perugino, did it become possible to recognize that it was indeed the work of the young Raphael of Urbino.

This Portrait of Pope Julius II, held in the Uffizi Gallery of Florence, is the second version dated 1512, of the Portrait of Pope Julius II that is in the National Gallery of London. This portrait of Julius II applies some changes to the style of official papal portraiture. As in all of his portraits, Raphael portrays the psychological profile of the subject. He is seen with a long white beard, showing his advanced age. His facial expression shows fatique and worry. Until that time, official portraits of high-ranking persons did not reveal anything of their psychological or emotional condition. Among papal portraits, Raphael is doing something completely new here.

La Donna Gravida, is known in English by its Italian title as well as by its translation, The Pregnant Woman. We do not know the identity of the woman seen in three-quarter profile with a few rings on her fingers. It is not certain that the subject was actually pregnant. It is possible that the thickness of her clothing and the position of her hand could be simply a gesture of social status. Despite the pose, the gaze is looking straight at the viewer and it makes a strong visual connection that is enhanced by Raphael’s skill at depicting shade and light. 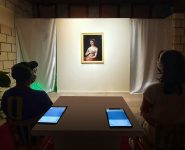 
The exhibition gives visitors a unique close-up view of the painting. 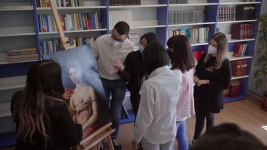 Up close and personal with Raphael's “La Fornarina”


Haltadefinizione and Wonderful Education together have created Pinxit, dedicated to enhanced Fine Arts and experimental teaching. 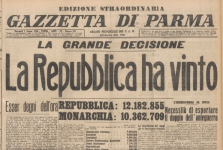 Haltadefinizione: Not Only for Works of Art


The historical archives of the Gazzetta di Parma are now online.